Calming "activities" that can distract your dog during the fireworks

It is now new years eve and there will be a lot of fireworks making scary and loud noises which terrifies a lot of dogs.

Desensitizing your dog gradually and slowly is always a good thing to try but you have to do this several months ahead of time.

As suggested in the other thread buying adaptil or any other calming hormones/dog treats might relieve a bit of the stress, as well to keep them somewhere isolated from all the loud noises. As someone suggested the noise could perhaps also be dampened by playing loud music.

Anything that keep your dogs nose occupied is really distracting and calming. Maybe nosework? You could also take some of your dogs kibble (or treat) and spread it around, hiding it in the room for your dog to find. Or hide their favourite toy if they prefer

Giving a bone or a kong is also an idea. Lickimats also helps to create calmness as it is calming for many dogs to lick stuff. 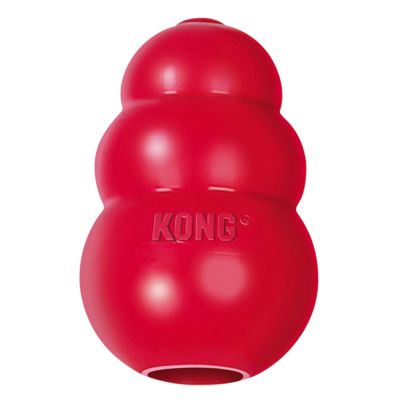 A kong is a trademark with toys known to be really sturdy. Their most famous one, mostly just refered as "a kong" is the one you can see on the picture above. You fill them with food so that the dog gets occupied figuring out how to get to the food. To make it last longer you can freeze the food in the fridge and serve it frozen solid

If you need a list on what food is safe for dogs to stuff your kong with, you can find it here

A Lickimat is the object you see on the picture above. You can smudge any filling or paste-like edible for the dog to be occupied licking. The paste-like edible can be also be frozen to last longer. Crushed edibles as powders works just as well.

Here is a thread with licki mat ideas

I don’t own a dog but my mom’s cat was very scared of the fireworks this year. He hid under the bed all night. These are great tips! I think they apply to cats as well, I’ll share the post with her for next year 😄

#1: poor kitty! :( Hopefully these tips can relieve him of some stress.

Instead of adaptil, which are calming hormones for dogs, you can get Feliway which is for cats. It is a bit pricey but it works really good for many cats

Yes that's a good idea I didn't think to tell my mom about. My vet also sells calming treats that have some hormones in it too. They are used to give to your cat before the vet visit.

#3: I hope your mom finds these tips helpful! Yes calming treats could also work :) but I think they will just work for a very limited time (1 hour?). With the product I linked you, you plug it in power outlet and it will keep releasing hormones until it's empty. You can buy refill when it's empty if it is still needed

#5: Np, hope your moms kitty benefits from this information :)