The myth of the Alpha leader

The year was 1947. In an flawed science experiment wild wolves from different packs were all forced together in a captive, artifical, constrained enviroment. The food, water and resources were limited and they were all strangers to eachother. The unnatural situation created a hierchy within that group. That is how the myth of alpha wolves and domination was created, a myth that has damaged all of modern dog training and a myth scientists regrets creating

A norweigan psychologist by the name of Thorleif Schelderup-Ebbe had observed aggressive behaviour being exhibited in a pack of hens, in his observation he concluded that the bullying of individuals was not random. One hen was the bully of all hens and was pecking on every hen in the group, taking food whenever it wanted and so on. Another hen did the same, except it never touched the first hen. A third hen left the two first hens alone but bullied all the others. This continued until there only were one hen left, the hen at the bottom who was pecked on and bullied by literally every hen in that group. He published an article about this phenomena in 1922 - and the term "pecking order" was established.

A big interest followed in the scientific community. The pecking order could be observed in many groups of mammals but since the pecking order was a very specific term for birds they found a new word for it: hierchies. The individuals on top of the hierchy was called dominant and the ones below subdominant.

A study between 1930 and 1940 was conducted by animal behaviorist Rudolph Schenkeland and this is where the experiment took place. The wolves were thrown into a habitat and the whole setting was artifical and captive. It created a hostile enviroment. It came to be a competition for resources and a hierchy soon followed. Much like the pecking order, the wolves bullied eachother and had the dominant and subdominant individuals, as well as the ones at the bottom. Does this sound like a fair study to you? 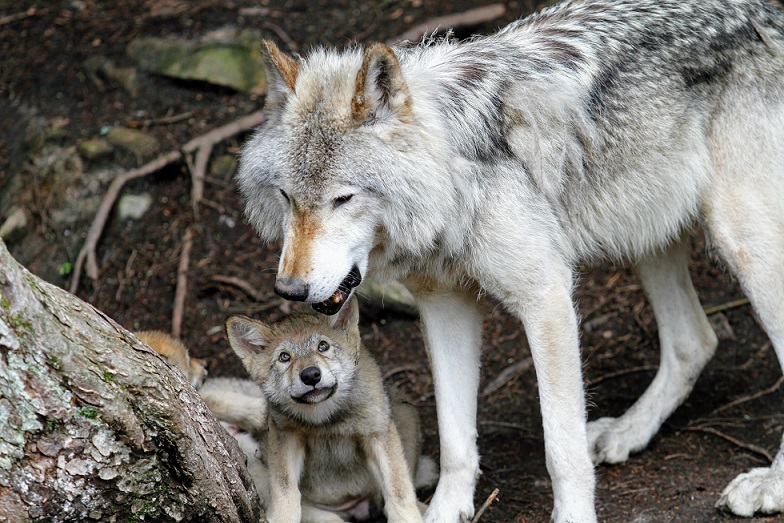 Righteously the experiment came to be questioned. One of the the behaviourists who had supported the original idea of pack hierchies changed his mind. His name was David Mech and he went outside himself to study wolves in their natural enviroment. Thanks to Mech we know today that wolves do not live in hostile hierchies. In fact, wolves, much like us humans - live in family groups.

"What we know now, thanks to Mech and others, is that in the wild, a wolf pack is a family, consisting of a mated pair and their offspring of the past one to three years. Occasionally two or three families may group together. As the offspring mature they disperse from the pack; the only long-term members of the group are the breeding pair. By contrast, in captivity unrelated wolves are forced to live together for many years, creating tension between mature adults that doesn’t happen in a natural, wild pack."

The same people who compare dogs to wolves is also fixated in the idea of alpha's and pack leader roles. They preach about being an alpha leader to our dogs. They justify aversives and harsh methods to "put the dog in their place". The dog will try to overrule you if you don't put them in their place they say. They couldn't be more wrong.

Dogs are not wolves and humans are not dogs

Dogs doesn't have any reason to dominate you. They are first off, a completly different species than wolves. So even when the idea of aggressive wolves dominating eachother is false, the comparison to dogs does not even make any sence. Humans are not monkeys, we don't live in trees and dogs aren't wolves and dogs do not have dominating hierchies (wolves don't either)

Dogs are also pretty smart. They know that you are not a dog. There are no reasons for humans to mimick dog behaviours in order for the dogs to better understand us. They may consider us family but they know that we are not dogs. Alpha rolls aren't teaching our dogs anything. Also consider this; We have bred and codeveloped alongside dogs for around 40 000 years. We have bred dogs to exclusively be cooperative and to understand us. There really isn't any reason to behave like a dog. All you have to do is to be clear with your body language and patient to the dog, 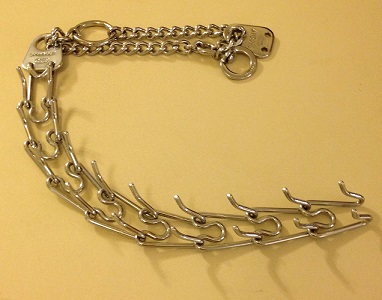 The usage of a prong collar is being justified by people claiming the spikes in the collar mimicks the teeth of the dogs mother. This is dangerous, evil and it is even banned in countries like Sweden. There is no justification in using harmful tools like the prong collar.

Dogs have hierchies, just not dominant ones

To claim that hierchies doesn't exist at all would be a lie. I mean, we, as humans have hierchies as well. What is deeply missunderstod is what a dog hierchy would look like, mainly - that the dog hierchy is very fluent. Depending on the situation the same dog could act assertive in one instance and submissive in another. The "leadership" or "dominant" role could shift between dogs in different situations. And what is most important is knowing that in a harmonious, functioning, pack of dogs, the leadership role is given and not taken.

"Since we have so many television shows, books, and other media which have, unfortunately, not only been perpetuating this faulty view, but basing training and behavior modification methods upon it, it is important that the public be made aware of the real truth of wolf packs. And if enough people know the truth, maybe we can eventually stop crying “alpha” and get back to training our dogs with affectionate guidance, as good leaders do."

-The man who cried alpha, by Nicole Wilde

If you should not be a pack leader, what are you suppose to do then? Think of yourself as a guardian, a mentor, teacher, an older family member. Guide your dogs with patience and try to imagine things from the perspective of your dog. You would rather prefer something more fun than than a boring chore. If your dog has any choice, they will go with whatever interests them the most - whether that be food, play or that other dog across the street.